Thanks to your votes, Henri Dès and Timea Bacsinszky were able to set off on an adventure to discover the secrets of the symbols illustrated on the Fête des Vignerons special livery.

Thank you for your participation.

Thank you for taking part.

The name of the hero or heroine of the next episode will be unveiled by video soon.

With Henri Dès in Münich

Who’d have thought it? The ranz des vaches has done far more than gather in the herds. Far away from the pastures, it’s inspired the likes of Beethoven, Berlioz, Schumann, Liszt and Wagner in their compositions. Lyoba, lyoba!

Henri Dès was your musical Romand of choice. And it was Henri that we sent to Munich to find out more about the music note depicted in our special Fête des Vignerons livery. There couldn’t be a better choice than the writer of “La Petite Charlotte”, which has enchanted generations, to research the impact of Romandy music beyond Switzerland’s bounds.

Why Munich? Because that’s where the musical scores of Beethoven and other classical composers are still edited today.

First sung in chorus at the 1819 Fête des Vignerons, the ranz des vaches, which is also known in German-speaking Switzerland as the Har Chueli or the ho Lobe, is an integral part of Swiss heritage, and is inextricably linked as much to the alphorn as to the cowherds’ songs.

In its 1688 edition, the Historical Dictionary of Switzerland refers to the ranz in connection with a medical thesis on homesickness by Johannes Hofer. Swiss mercenaries serving abroad, it claims, were forbidden to sing it, on pain of death. And so powerful was the song’s impact that it could even prompt our compatriots of those times to desert and return home!

To Greece with Timea Bacsinszky

Are you familiar with the origins of the Chasselas, the grape that is so typical of the Lavaux wine region and features so prominently in our special Fête des Vignerons livery? Is it really a native of the Lavaux? Or is it a descendant – or even a forefather – of the Fendant of Canton Valais?

There’s mystery in its history, to be sure. According to more than one legend, the Chasselas has its origins in Southern Europe, and was brought to our climes by an ambassador of King Francis I of France.

You’ve voted once again for the Romand of your choice. And it’s Timea Bacsinszky who headed off to Greece to seek out the origins of the Chasselas grape. Did she find them there?

Sadly (or maybe happily) no. But the trip was well worth it for the Greek landscapes, the beaches and the vineyards alone.

The truth about the Chasselas is closer to home, and a little less romantic. The University of Neuchâtel has analyzed the DNA of more than 500 grape varieties from all over the globe.

By gathering and comparing all the linguistic, historical and genetic data, they managed to pinpoint the origins of this emblematic grape far more precisely – to the Lake Geneva region, and most probably present-day Canton Vaud.

Ancient texts from the 17th Century mention the grape as “Luzannois”. As for Canton Valais, it didn’t start importing and cultivating the Chasselas – into what became the Fendant – until 1848.

On the question of which is superior – the Chasselas or the Fendant – we prefer to keep our own counsel. That debate is likely to run and run. And it could become particularly lively on 26 July, when Canton Valais has its own special day at this summer’s Fête des Vignerons…

After taking us all over Europe from Munich to Athens since February, our colourfully-liveried Fête des Vignerons aircraft is preparing to make a very special flight in our home Romandy skies.

On Thursday 1 August, the Swiss National Day, the President of Switzerland will be giving his traditional address in Vevey this year. And the event will be preceded by a low-level flypast of our SWISS CS300 in its “Fête des Vignerons” livery.

This kind of flight calls for phenomenal preparation – to make everything as safe as possible while making it a wonderful spectacle, too.

It takes a truly seasoned pilot to command a flight like this. And we’ve got one in Captain Robert Emeri, who will have the honour of conducting our very special flight.

A former Swiss Air Force pilot and a native of the Lavaux region, Robert has been a commercial pilot for the last 34 years. He’s also a SWISS flying instructor, especially on the C Series aircraft. And our 1 August flight will be a very special one for him in another way, too: it’s his final flight of his cockpit career.

So this 1 August, SWISS and Romandy will be truly celebrating together. The Vevey sky will be adorned with an aircraft specially decorated to mark a globally unique event; and at its controls will be one of the region’s most experienced pilots, performing his very last flight. It all adds up to a very special Swiss National Day – and a once-in-a-generation experience!

We’re back in the beautiful Lavaux region, where our adventure began back in February. Having unveiled our special aircraft livery, traced the alpine inspirations of great classical composers and travelled Europe in search of the origins of the Chasselas grape, we’re here in Vevey at the Fête des Vignerons.

Some view it as a myth; others will tell you it’s the fact that it’s held only once in a generation that makes this event so special.

One thing is certain: it’s only by immersing yourself in the spectacle, among the costumed participants and all the visitors who help to create its incomparable ambience, that you’ll sense that the Fête des Vignerons is actually taking place. And young or old, local or from afar, everyone will feel that tingling yet inexplicable emotion at the sound of the Ranz des Vaches.

We at SWISS are proud to have been a partner of Fête des Vignerons 2019, an event that embodies and reflects our traditions and our values – a wealth of savoir-faire, excellence, quality and a welcome that is truly unique. We hope that we, too, have contributed to the genuine magic of the event, by decking out one of our aircraft in its special Fête livery and by offering the unprecedented public spectacle of its airshow over Vevey.

We would like to voice our deepest thanks to our Romand ambassadors Henri Dès, Timea Bacsinszky and Robert Emeri, who have accompanied our adventure. But above all we’d like to thank you, our readers, for joining us on the journey.

We hope we have shown you once again just how attached we at SWISS are to La Suisse Romande and its people. And we hope that, just as with the notes of the Ranz des Vaches, you felt an inexplicable thrill when our aircraft passed low over Vevey in its Fête des Vignerons colours.

See you again in 25 years for the next Fête des Vignerons – and much sooner, we hope, aboard one of our flights!

VIP access to the Fête des Vignerons 2019 show on August 1st in Vevey. Enjoy a VIP welcome, category 1 seats to attend the show directed by Daniele Finzi Pasca and other surprises on the occasion of Swiss National Day.

A trip to New York

A return Geneva-New York flight for two people, on the date of your choice. The Big Apple is just a few hours on a flight from Geneva.

SWISS pays tribute to one of the oldest traditions of Switzerland and the people of Romandie by dedicating a special livery to the Fête des Vignerons, which will adorn one of its Geneva-based aircraft. 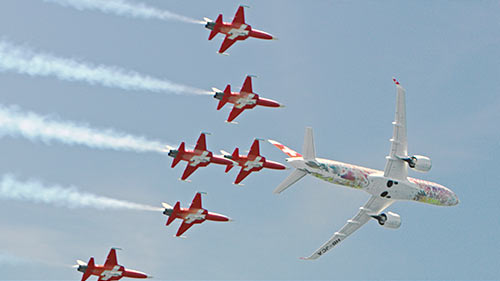 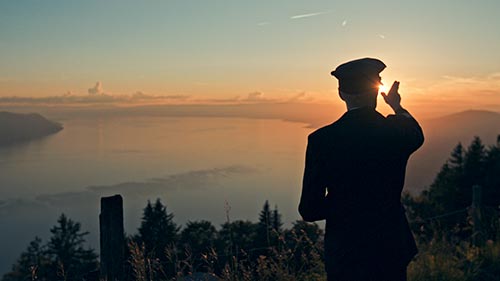 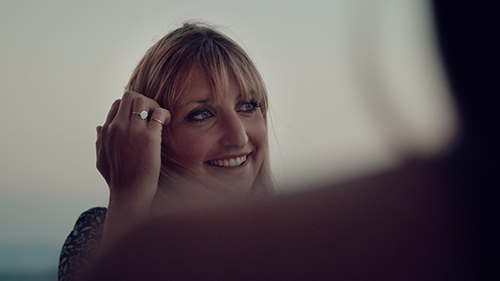 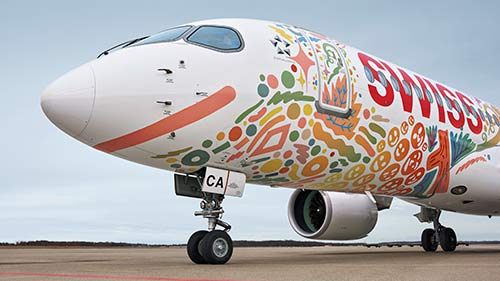 Something special is happening in Suisse romande

In the form of two vouchers (for two people) with a maximum value of CHF 1,200 per person, to be deducted from a booking made via swiss.com for a return ticket in SWISS Economy or SWISS Business from Geneva. Vouchers are only valid on the return Geneva > New York JFK route (LX22/LX23). Vouchers must be used within 12 months of their issue. One voucher only per person and per booking. Vouchers are not exchangeable for cash and are non-refundable. Any residual value is non-refundable and non-reusable.

In the form of a flight voucher worth the total maximum value stipulated on the voucher, to be deducted from a booking made via swiss.com for a return ticket in SWISS Economy or SWISS Business from Geneva to a European destination served directly by SWISS (including Marrakesh, Hurghada, Moscow, New York – excluding Zurich). Vouchers must be used within 12 months of their issue. One voucher only per person and per booking. Vouchers are not exchangeable for cash and are non-refundable. Any residual value is non-refundable and non-reusable.

Thank you for your subscription !

Don’t forget to confirm your subscription with the email we sent you.

An error has occurred. Please reload the page and try again.

Please complete all fields before sending the form.